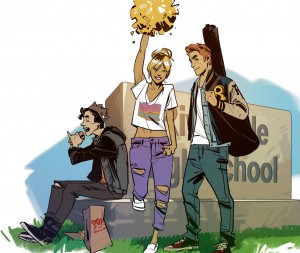 This was quite a day, between the Exhibit Hall maps dropping, Warner Bros and Star Wars. But a few other things came our way...


We got our first look at the new X-Files. At least that's what Twitter says, but I thought Gillian Anderson was restoring her red hair for the role.

Licensing Expo 2015, which is the least appealing name of any convention ever, had a bunch of good reveals that might whet your appetite for SDCC - from the Batmobile under lights to Wonder Woman costume details.

From yesterday, a haughty-looking Alfred Pennyworth to add to your Wayne Manor diorama.

Whether or not you've climbed on the Archie train in the last two years - or maybe you climbed on and got off after Afterlife's long hiatus - one of the most talked-about comics this summer is the new Archie title from Mark Waid and Fiona Staples. Today we got a look at both variant covers and they look just as spectacular as you'd expect anything from Fiona Staples to look. We'll also get a Mega Man sketch variant and a Dark Circle poster. 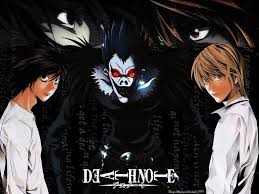 Do you have any nerd friends in China? Consider buying them some DVDs at SDCC if you can get them to them; China has banned 38 popular manga and anime titles as part of their crackdown on offensive online content. Black Butler, High School of the Dead, Death Note and Attack on Titan are a few of the titles. Numerous video streaming sites have already been warned by the Ministry of Culture.

Mattel is bringing you these HALO-themed blasters.

In the category of things we want to see at SDCC: bath bombs that dissolve to reveal Pokémon characters, My Neighbor Tortoro characters and tiny Disney princesses. You can't get these at Lush. These Firefly cards are also pretty cool.


I think today proved that Comic-Con season is on. Strap yourself in for the ride.