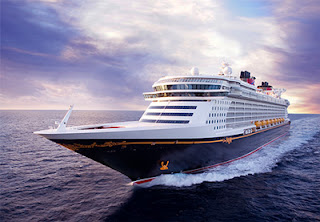 
Most contests are about getting you to San Diego Comic-Con. Now Disney is running a contest at Comic-Con to get you onto a 3-night Disney Cruise - if you prove yourself to be one of the top 3 Disney Infinity Superfans.

The tournament: You'll compete in the first leg at SDCC on 10 July; others will compete in the second leg during D23 in Anaheim in August; the third leg will happen in September, TBA. All contestants will receive a Disney Infinity Prize Pack.

To enter: Submit a video (one minute or less) and tell Disney why you're a Disney Infinity Superfan. They're looking for 16 contestants for the SDCC part of the tournament. It should include:

The winner of each leg will go to the IN Games Finals on the Disney Cruise Line, which includes 2 round-trip air tickets, ground transport, a stateroom for two, with all meals comped.