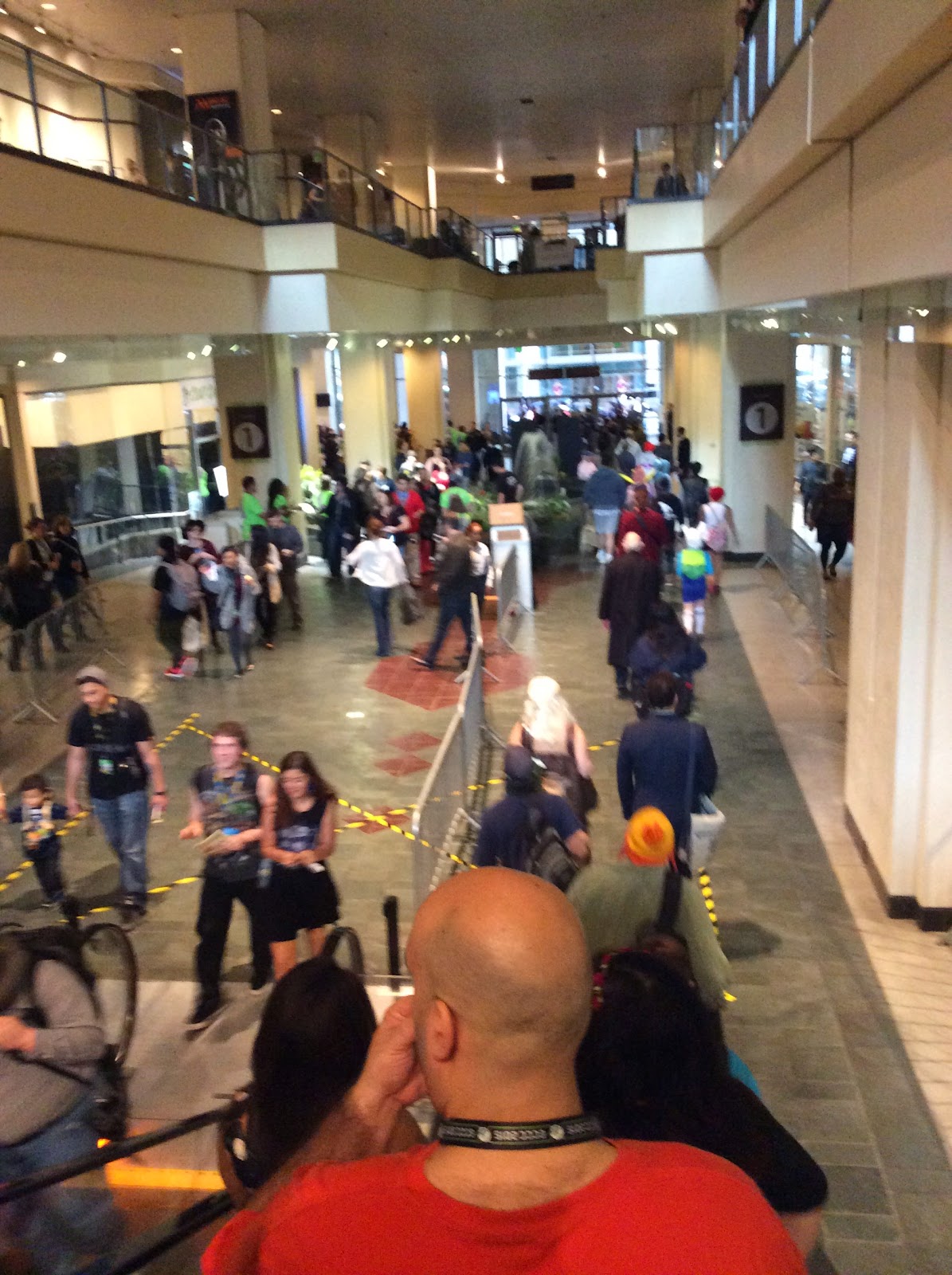 I promise this is my last ECCC post (or one of them) for a while.

Emerald City is over and most of us are back home. In summarizing the opinions of both attendees and vendors, everyone seems to break down into 3 camps.

Wary Attendees: They're mostly local and they are very concerned about ECCC swelling into a bloated, generic Con monster. Not being like San Diego is a point of pride for them. (I got several eye rolls and audible noises of disgust when I said I had a blog on SDCC. One woman even said, "Eww.") They're fairly protective and slightly territorial about "their" Con. Which honestly, I can understand.

Excited Attendees: They're mostly new to ECCC (within the last 2 years) and tend to be from out of town. Most are comic collectors who have been looking for a Con that has some starpower, offers good events, and brings the comic book creators they're reading today, like Kelly Sue DeConnick, Kieron Gillen and It Boy Matt Fraction. Some prefer the more laidback, progressive energy of this Con and others like the convenience of drastically shorter lines and easier navigability.

Vendors: Virtually every vendor and professional I spoke to had nothing but glowing things to say about ECCC. From higher sales to a greater respect from attendees to deeper connections with readers, everyone from Artist's Alley to big name booths expressed love for this Con. One example: Erika Moen, who was pretty blunt about ECCC. She said it had "the vibe, the energy of San Diego in my teens" and that she makes the same sales in 2 days at ECCC that she makes in 5 days at SDCC. She also said that Jim Demonakos is committed to preserving ECCC's feel and that she has faith it will stay the same.

On that note, I'll share this Surviving Creativity podcast that Demonakos made on the future of Emerald City after the ReedPOP purchase was announced. If you're at all concerned about ECCC transforming into something horrendous, give it a listen. Not only does he share his motivation for going with ReedPOP - "someone who can do more with it beyond the capabilities that I and my team have" - he also shares interesting insight into the business side of Cons; the cost of running them, exhibiting at them and what he went through to start both his comic book store and ECCC.

And that's it for Emerald City. If you didn't get a chance to go but would like to see the sights, check out the ECCC Tumblr and io9's cosplay coverage and the Mary Sue gallery. For those of you who did go, I hope you had a great time - and I hope to see you there next year.
Posted by Valerie