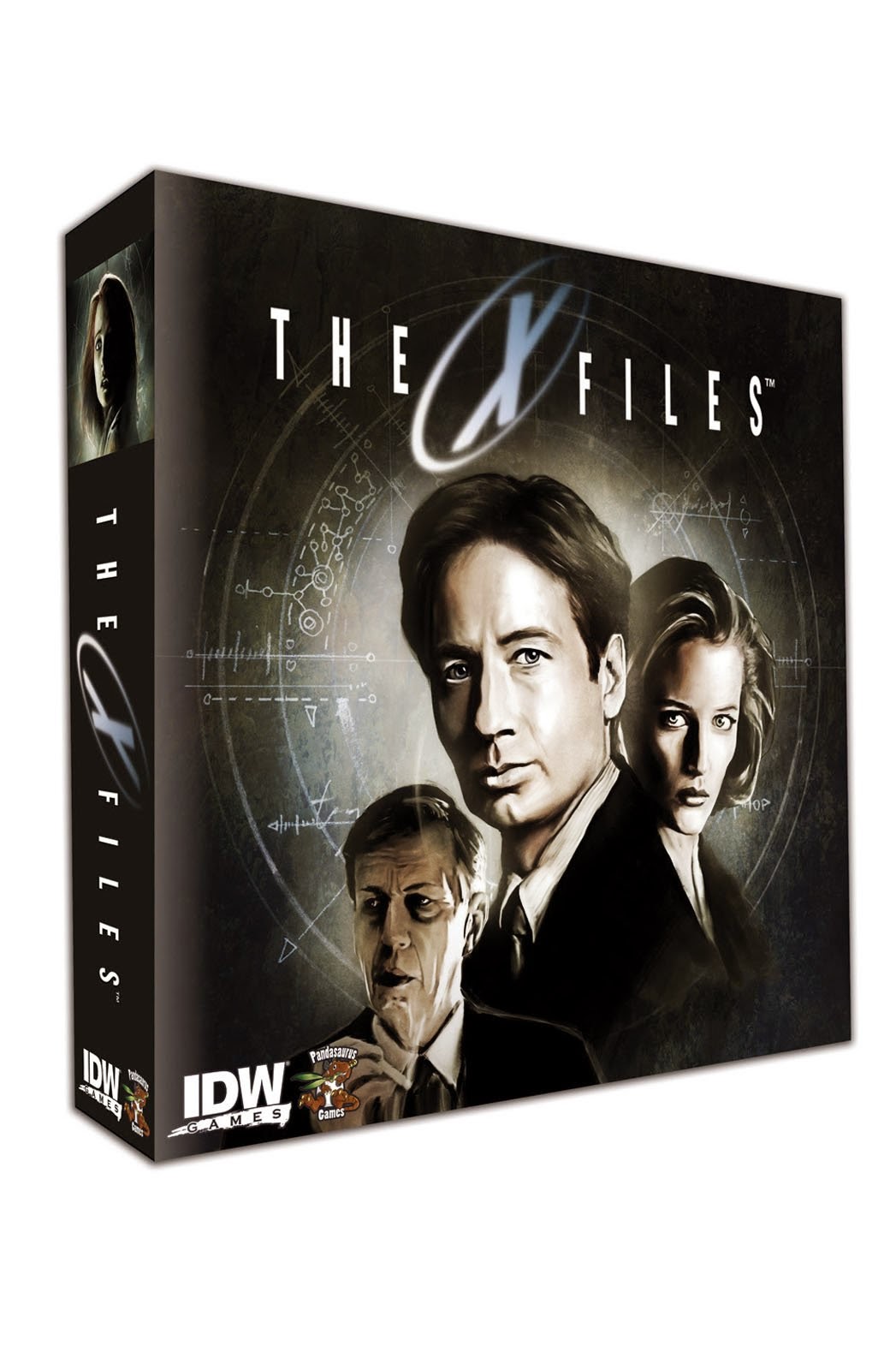 Happy spring, everyone - especially you beleaguered Northeasterners who've had such a hellish winter. (I grew up there and remember it well; now I have a palm tree in my front yard and I send you my sympathies.)

If you're eagerly awaiting announcements on the kind of exciting toys you can buy at SDCC, well, we haven't seen many official items yet. BUT we did get some interesting news from IDW Games this week on nerdy items they're releasing in July. Will these be at San Diego Comic-Con? They didn't say - but the marketing team would be squandering a golden opportunity if not.

This will be drawn "from the first years" of the show, which I hope means we get Flukeman, Eugene Tooms and Leonard, the little twin from Humbug. It's designed by Arkham Horror's Kevin Wilson with art direction from menton3, who's been involved with the X-Files comic book. Apparently you can play Scully or Mulder, but let's hope you can be other characters as well because I know we all want to be Cigarette Smoking Man.

Everyone's favorite clone show recently became a comic book; now it's going to be a game as well. Players in the card game can join up with the Proletheans, the Bird Watchers or the Neolutionists. A big-box tabletop game will come out further down the line.


IDW is also coming out with Kill Shakespeare and 30 Days of Night games this spring, and The Godfather card game will be out in August. In other words, there needs to be a Comic-Con tournament.
Posted by Valerie