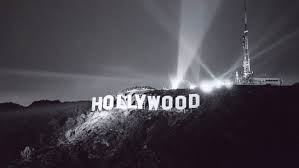 Imagine the perfect Comic-Con of your dreams - plenty of badges to be had, easy hotel reservations, and of course all the Hollywood starpower and new games and comic book legends you could cram into five days. Could that happen in L.A.? Would it still be the Comic-Con of your dreams if it did - if you weren't banging around the Gaslamp at night but maybe visiting Disneyland or going into West Hollywood?

It's a question worth considering, with the expansion plan on hold. Yes, CCI recently said they were open to compromises to stay in San Diego, but other cities have come calling - namely Anaheim and L.A. Here's what we know.

San Diego Mayor Kevin Faulconer wants to hold onto us and is trying to find another way to finance the $520 million convention center expansion. He's been quite open about this.

Alas, the San Diego Chargers want a new stadium built blocks from the convention center, and want this new stadium to also be part of the expanded center. The local hotel industry is against this - they want a contiguous convention center expansion - but the Chargers are threatening to move to L.A. if they don't get it.

CCI has stated they want to stay in Southern California. That narrows the competitors to two: Anaheim and L.A. Let's break them down.

Anaheim, near Disneyland, has the largest exhibit hall space at 815,000 square feet, with another 200,000 square feet currently being added. 9 new hotels are being built within a mile of the convention center, adding another 1500 rooms to the current 13,000 available - a savory amount compared to San Diego's 11,000.

L.A. has made a play for SDCC before and failed. What it has to offer: obviously all the studios are right there. The convention center is also next to plenty of shops and restaurants. Where it falls short: only 5,000 rooms are within walking distance. This might surprise people but remember that Vegas draws most of the convention business in this part of the country - so it's not odd that L.A. never beefed up its own convention capacity.

Worth noting: CCI trademarked "Los Angeles Comic-Con" a few years back. Could they move to Anaheim and still call it LACC? Sure, why not. It'd be a stretch, but "Anaheim Comic-Con" isn't nearly as alluring.

CCI is supposedly going to sign a deal very soon to stay in San Diego in 2017 and 2018 - if hotels agree to make more meeting space available. This isn't guaranteed but given CCI's dislike of change, it's the most likely scenario.


My feelings and idle speculations

I no longer care where Comic-Con happens. Yes, I like it in San Diego, but I don't like the endless turmoil that swirls around every badge sale and Hall H panel.

Ideally I'd like SDCC to stay in San Diego and a new Con in L.A./Anaheim. Maybe CCI would own both. Maybe the ever-growing Con-monster that is ReedPOP would create a huge new show in L.A., having solved the hotel room issue with their bankrolled genius, and it would quickly become as big and magical as SDCC. Don't laugh; I see this happening. SDCC turns away thousands of people with their thousands of dollars every year and some smart capitalist is eventually going to offer them and their money a new home. It's inevitable. And ReedPOP has the ambition and vision to create a West Coast version of NYCC/Super Week. They've already shown they think bigger than most Cons and they would understand how to translate Hollywood proximity into new Con success.

And it wouldn't take anything away from SDCC, either. You'd just have two appealing choices instead of one and a more manageable demand for badges. Yes, it might split up some panel choices but you're already forced into reducing your options anyhow. And if you were local and could swing the time off, you could attend both.


I don't think this will happen overnight, but I do see someone - if not CCI - pouncing on the LA/Anaheim area fairly soon. It's hard to imagine SDCC leaving San Diego, given how important tradition seems to both CCI and attendees. But I'm sure they're as sick of the struggles and limitations as we are, and they may see a bright future in a move. Anything's possible. We'll just have to wait and see.