The rules of Hall H lines are pretty much the same 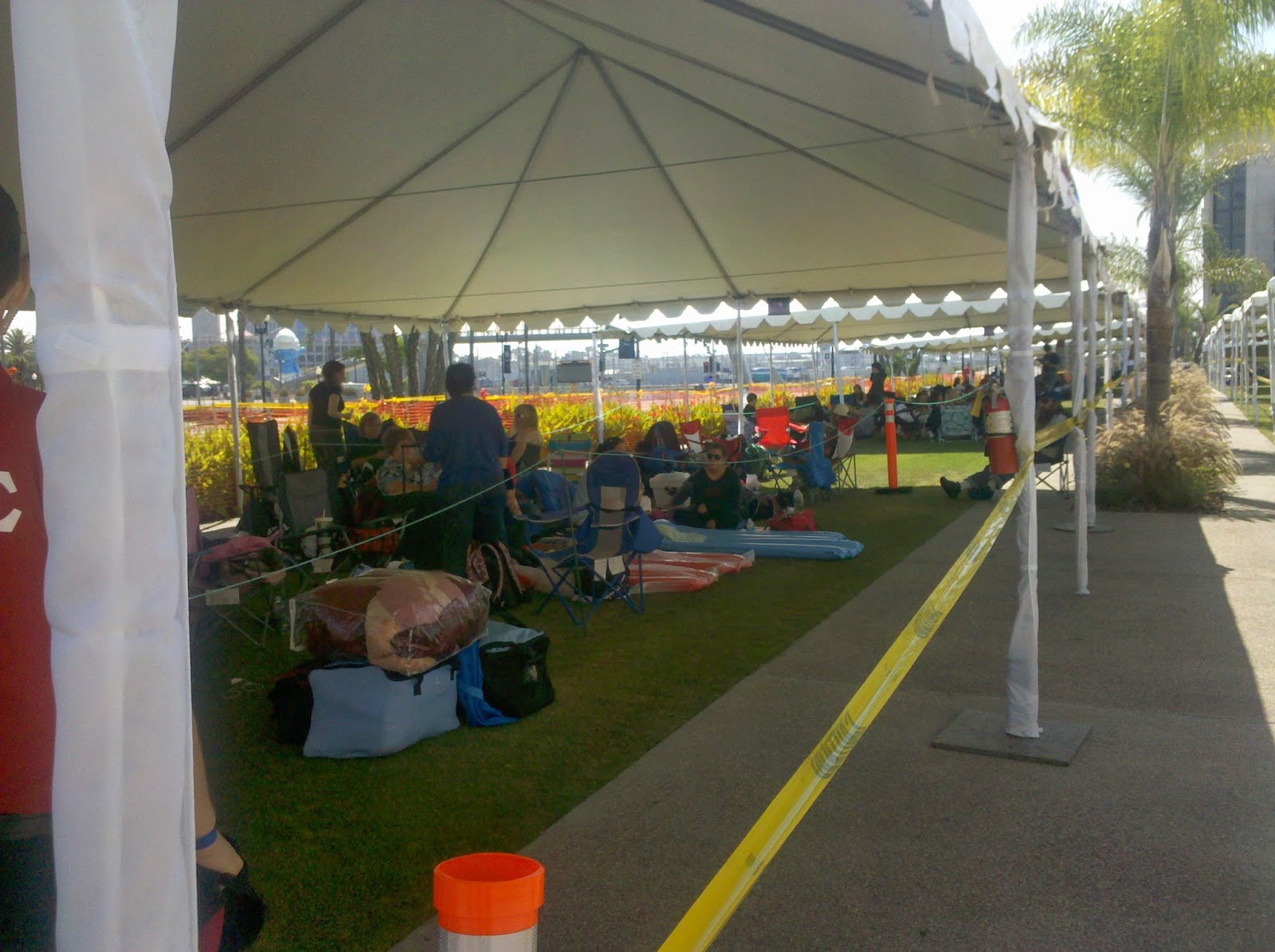 Back in the Twilight days

It's that time of July when CCI provides you with guidelines on if and how you can wait in a Hall H line. It's the same as the last two years, right down to the mystifying references to "work" that will be completed the exact day before. I know they did have a team doing work in that area a few years back, but I can't tell if this is a convenient excuse to ward off early Hall H zealots or if they put up the canopies anew for us every summer. Probably the latter.

Anyhow, here's what you can do. First of all, no lining up until the aforementioned work is completed. I don't think this is a big concern, based on what I saw last year. Twilight seemed to be the force driving the insane pre-Con camping ground that filled the grass 2008-2012; last year, as of Thursday daybreak, there was barely anyone in the Hall H line. Of course, we can't make an educated guess on this year's madness until we see the programming in 3 days.

The Hall H lines for Friday (Walking Dead and 20th Century Fox for sure and probably Game of Thrones) will be intense, and with the DC blowout scheduled for Saturday, that'll probably be just as bad. Supernatural is always a big draw for Sunday but with Doctor Who gone, that could lessen the Sunday line a bit. (ETA: Never mind, we have Sons of Anarchy, the Strain and the Following also in there on Sunday so the line will be hellish.) Thursday, I don't know yet. Regardless, the era of multi-day lines seems to be over and you shouldn't need more than your CCI-approved chair and blanket.

If you've never done Hall H before, and are wondering what the lure is, this is where the biggest panels are. It's a huge room (holds 6500 people) which means if you're seated near the back, you end up watching the stage action on a screen, rather than watching the actual people. There are restrooms inside and some snacks, and they don't clear the room after panels so many people park themselves in there from beginning to end each day. This is important to know, in case you incorrectly assumed that a new 6500 people will get into each panel; they won't. That's not to dissuade you from trying to get into the room - but you should know what to expect so you can decide if the wait is worth it.
Posted by Valerie