And Day 1 is done

Well, almost. You might still be winding down the MTV party or the CBLDF party, or heading to Nerd HQ.  I'm about to go swimming and maybe hit the Hyatt bar.

So first let me retract my statement yesterday (itself a retraction) that Preview Night was as crowded as a regular day. Today in the Exhibit Hall quickly reminded me that no, it can get much worse. Oh my god, the humidity.  Everyone looked damp and rumpled. I didn't see much cosplay, and I'm thinking the temps were just too uncomfortable for elaborate costumes. 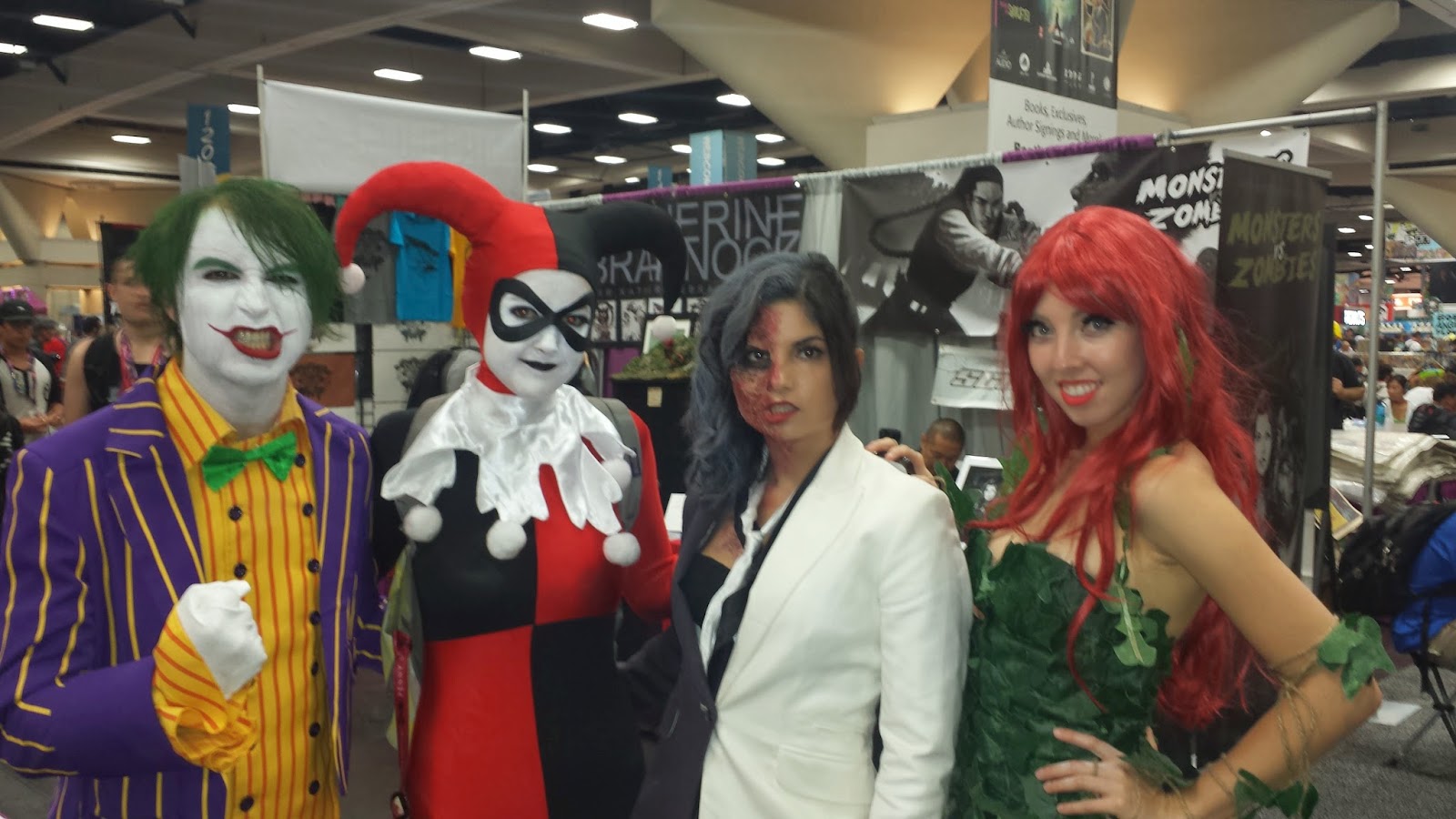 Let's talk lines. So we all woke up to the news that people had started lining up in the late afternoon/early evening hours yesterday for today. I was astonished that I had been so wrong about the lines for Thursday panels. But as it turned out, the line were partly unnecessary and people wound up getting into Hall H and Ballroom 20 quite quickly at later points in the day. I got an excellent front section seat for Penny Dreadful with maybe 20 minutes in line total and then the Hannibal panel before it.

But people didn't line up in time for the NASA panel. I arrived 2.5 hours in advance and sat through 2 panels; the people who were the last to get in had waited 90 minutes, and said there was an epic line of people stretching down to the boats. Maybe they all thought they were the only space nerds at the Con. Not so - the audience was very emotional and excited about this panel.

The NASA panel was also electric in part because of the different personalities and philosophies of the presenters. You had the pro-Europa Bobak Ferdowsi, the inspiring and humble Mike Finke, Dr. Jim "The solar system is ours and we will colonize it and move on" Green and of course Buzz Aldrin, whose facial expressions didn't seem too appreciative of Seth Green's jokes. Let's hope this means more good science panels next year.

(As for what I sat through to see it - the Legend pilot seemed all guns, grenades and "covert operations." An FBI agent has to strip down and give a lap dance as part of the plot, Sean Bean swaggers and out-alphas another alpha male, you get the idea. The Last Ship panel was ok. I'm normally a sucker for plague shows but this seemed a bit humdrum.)

Penny Dreadful was good. No Eva Green, unfortunately, but it was a lively panel that was by turns thoughtful and entertaining - much like the show. The audience questions were insightful too, particularly in addressing the show's pansexual content. "I feel people behave in the moment in a way that is true to them," was creator John Logan's response. We also saw a nicely gothic clip from Season 2.

Onto tomorrow. I know you superfans are already under the tents for Game of Thrones, Walking Dead, Kevin Smith in Hall H, Big Bang and Korra in Ballroom 20, and animation everything in the Indigo Ballroom. BUT we also have some fantastic Star Wars panels, Bates Motel, and a lot of great panels for writers and artists, with topics that range from the creative to the pragmatic.

Last but not least we have the iZombie pilot screening at 11:30 and a cast panel, including future star/current hottie Rahul Kohli (below.) Rahul is one of us and so he's pretty stoked to be here: "For years I've been watching Comic-Con on YouTube and trying to catch the latest trailers so this is a dream come true." Who doesn't love a nerd actor? 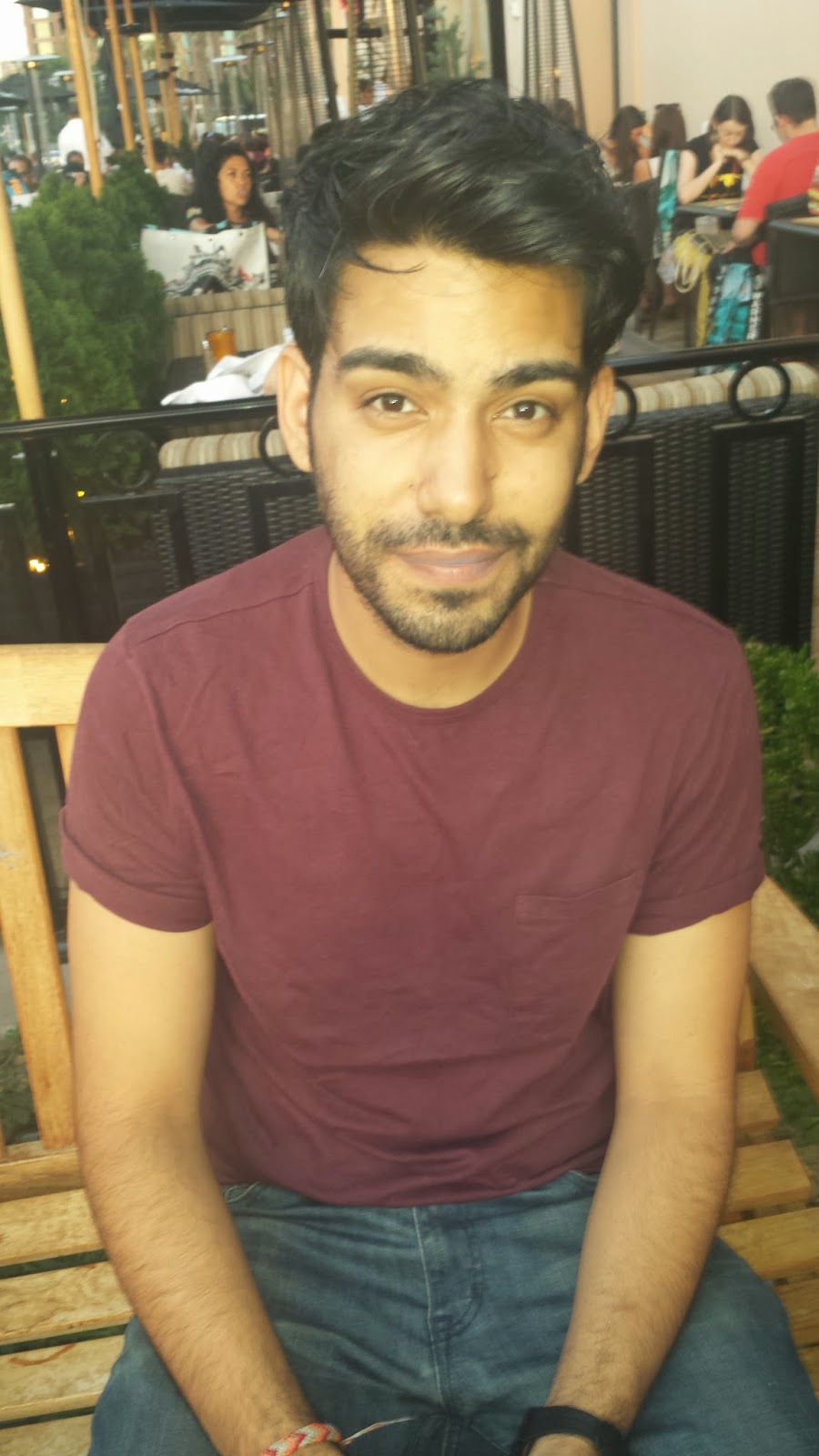