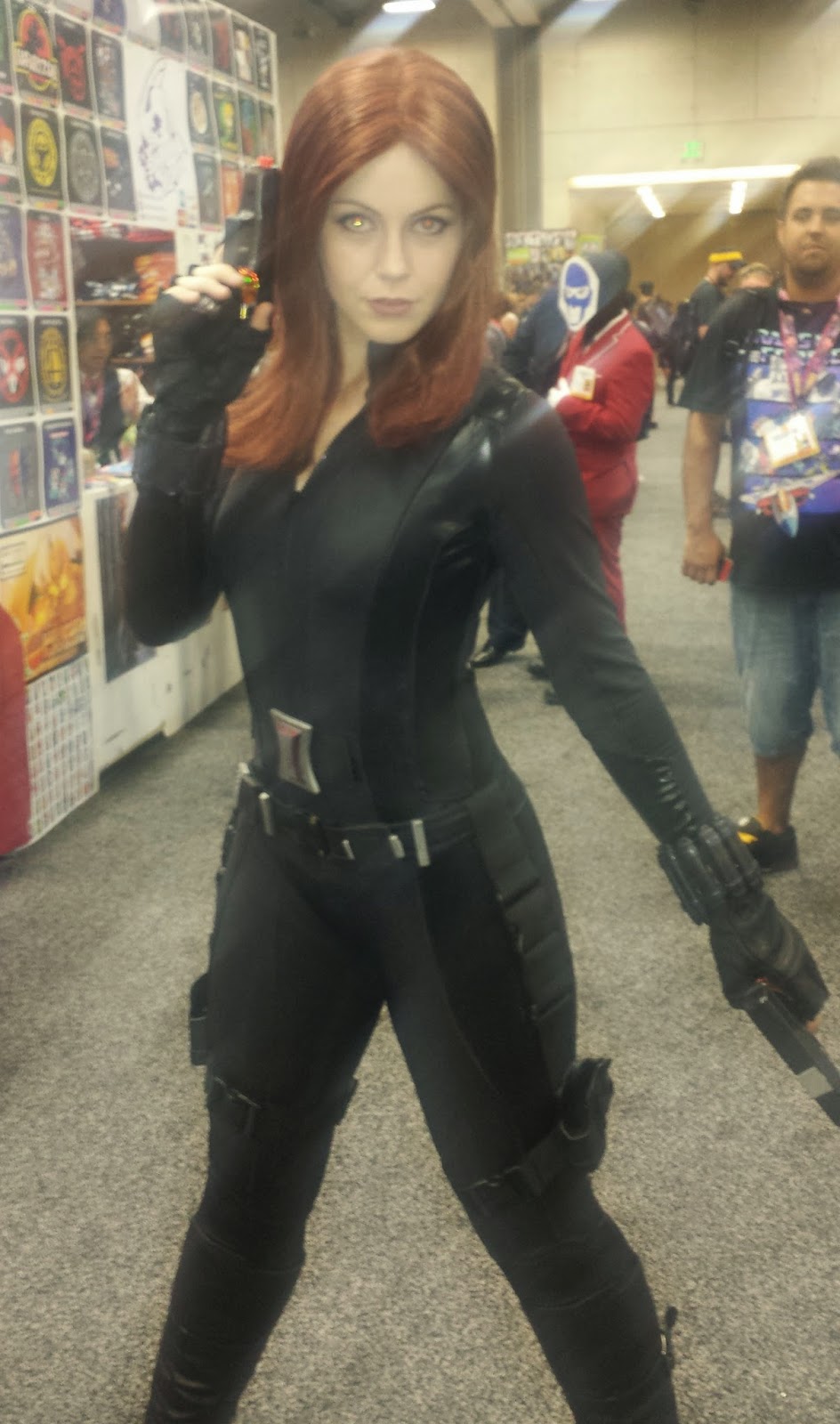 Hopefully you're home and rested by now. If you're like most people, you're sick to death of anything SDCC at this point and aren't reading this - but you might also be catching up on all the gossipy Con news you missed, as it's hard to see everything when you're in the thick of it. In which case, read on.


Let's start with Saturday's ZombieWalk accident. Allegedly several zombies began banging on a car that allegedly honked/yelled at them, the zombies allegedly smashed its windshield, and the car definitely accelerated and hit a 64 year old woman (not part of the walk.) She was hospitalized with a broken arm. There are several versions of this story going around, hence all my "allegedly"s, but it's safe to speculate that this will impact next year's ZombieWalk, just like the Twilight fan who was killed running to the Hall H line a few years back generated stricter line guidelines.


If you chose not to think about it, the harassment controversy that dominated spring coverage wasn't a major factor in the Con - but it was there simmering beneath the surface if you did look for it. In addition to the CYA email sent out a few days before the Con, the harassment policy was posted in the restrooms and outlets ran articles like "Comic-Con's Dark Side: Harassment Amidst the Fantasy." Were cosplayers harassed at the same rate? I don't know. I got groped quite egregiously in the Hyatt bar by a drunk attendee who also said gross things to another woman and made a classic "what do you expect" comment. Neither of us were in costume but we were dressed like many women dress on a summer night, which apparently justified it in his mind. I'm including this story only to tell you that yes, this mentality does exist among attendees and it's not some hysterical fantasy made up for attention. Which is what many people have suggested.


But at least we know why CCI didn't want to create a new harassment policy: their lawyers were too busy creating a cease and desist order for Salt Lake Comic Con. This is a real thing. CCI is saying that Salt Lake Comic Con cannot use the term "comic con" for any event, logo, trademark or website moving forward. (So if one day this blog vanishes into a black hole, now you know why.) Salt Lake is challenging this by calling it intellectual property infringement and pointing out that hundreds of Cons already use the generic term "comic con." Team Salt Lake on this one.


Hall H wristbands seemed to exult some people and piss off others. I don't do Hall H, so I'm relying on other accounts here. Some people claimed to be robbed of their wristbands as they slept, which if true is a new low in Comic-Con world. Anyone who did this, I hope you fail at every future badge sale ever.

I also heard the general informal camaraderie of camping out seemed cooled by rules on where and how you could wait. Unpopular opinion: I don't have a problem with this. I remember well the tents and tiny grills people used to have, and how chaotic and uncontrollable it all got. And at the end of the day, we are on the convention center's property, at an event hosted by CCI, not at Burning Man. We're obligated to follow their rules.

In any case, the Saturday line seemed to blow everyone's mind and kick the mythos of the Hall H line into another dimension, from which it will hopefully boomerang back and settle into some kind of reasonable status. Because beginning your campout the afternoon or even morning of the day before the panel is just silly. It creates panic and then everyone has to get in line. I honestly don't even think it's that much about seeing the panel anymore - it's about the social experience and bragging rights. Enduring the Hall H line is running with the bulls for nerds. And the fact that people like Joss Whedon and Mischa Collins come along and feed the campers with coffee and attention doesn't help.


The outside events drew a large crowd, like we knew they would. However, while GOT was a big hit, I have to give Assassin's Creed top honors here, because that was almost as fun to watch as it was to do. (I'm guessing. There was no way I was going to even try.) Many of the events in and out of the convention center were social-based, which got old fast. It also seemed to be the year of Oculus Rift, which was employed by Fox/X Men, Sleepy Hollow, Pacific Rim and others. Minor gripe here: even though the X-Men experience had its own booth, it only gave out 75-100 passes a day and they seemed to be gone as soon as the Exhibit Hall opened. Offering an activity to only 100 people out of 130,000 is not the best planning.


And on the topic of bad planning, yikes to the Hasbro line. My sympathies if you were embroiled in that mess. You needed a ticket to stand in line, so people lined up in the pre-dawn hours to get tickets, and new attendees or anyone with a single day badge was out of luck. The line itself was poorly managed and while Hasbro said they were trying to eliminate resellers from the equation, I suspect the system gave resellers an advantage over regular attendees. Mattel and Funko looked hellish as well.


Nerd HQ is bigger than ever. Remember when it was just an appendage to Comic-Con? Now it feels like a threatening upstart - a sort of private club where you can sidestep the publicity nonsense and hear actual conversations with your favorite stars like Tatiana Maslany and Norman Reedus. I feel like a lot of people are skipping SDCC panels in favor of that option.

Which brings me to cosplay. I think the humidity shut a lot of cosplayers out of the Exhibit Hall, which at times felt like a Florida swamp. But I did see, in addition to the usual DC ensembles and Disney princesses and evil queens, some interesting trends. Namely Vikings, multiple Daryl Dixons (some with awful wigs), multiple Khaleesis (also with wigs), a few Helenas, and some amazing Saga cosplay.

My favorite cosplay photobomb was Maleficent below, if only for her predatory expression. 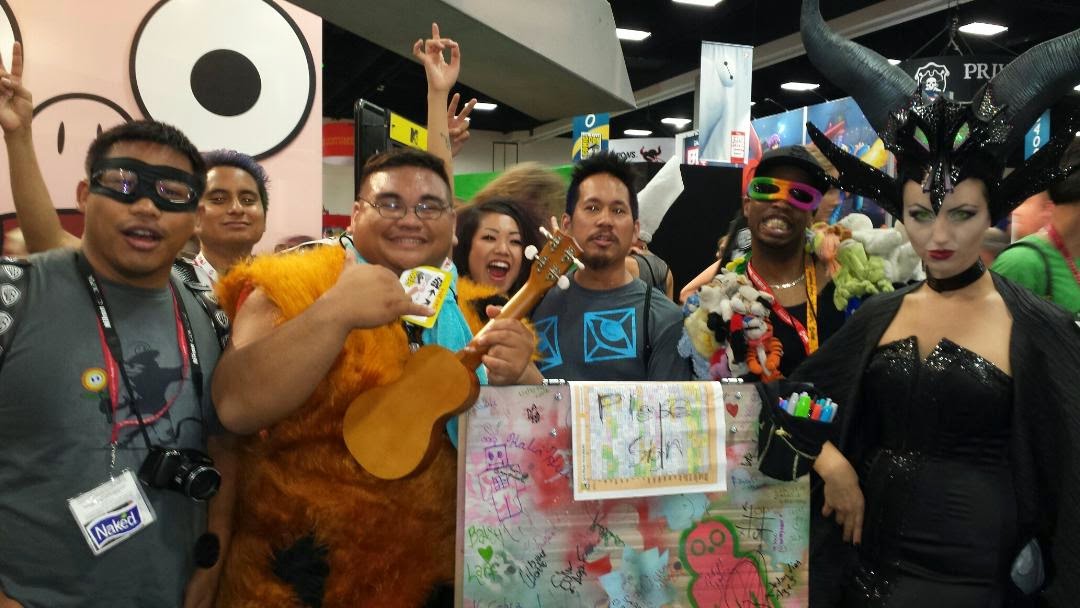 Finally, I can't believe how many people panicked over Stan Lee skipping the Con . A whole bunch of "Well, I heard..." sprung up but it was because of laryngitis, nothing more. You will see him again, I promise.