Nickelodean wants your pitches at Comic-Con 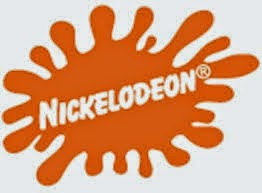 Here's something you don't hear too often - a major media company inviting your pitches straight from the convention floor. Nickelodean is holding an open call for original animated projects Thursday-Saturday of the Con, right there at their booth. Why? So they can greenlight a project for the global Animated Shorts Program.

Now - that's exactly what the press release says - they're going to greenlight A project. As in one. It also says the chosen pitch will be developed into a short with the "potential" to air on Nick on TV or online or even be turned into a full-fledged series. Potential is a word fraught with loopholes but I'm sure that's just a CYA term on their part. And who knows, even if your pitch isn't the lucky winner, you're still getting in front of an influential development team.

The traditionally loud and hectic Nickelodean booth will have a windowed pitch room at its center with open call hours throughout the day. If you want to be in that pitch room, you need to register in advance at www.nickshortpitches.com by Friday, 18 July. (If past experience has taught you nothing else, you should know to register way before that.)

Here's a direct quote on the program: "Nickelodeon’s Animated Shorts Program, which is designed to identify and develop original comedy-driven content for kids, was launched in 2012 and took 600 pitches in its inaugural year. The program became global its second year. Concepts are received in all animation, styles from 2D, digital 2D, stop motion, CG and mixed media. Finalists are provided with the necessary artistic and production support teams to help them complete their fully animated original, humor-based and character-driven shorts."


You can find out more here, including a list of recent projects and artists discovered by the program.
Posted by Valerie