Contribute your genius to the Souvenir Book 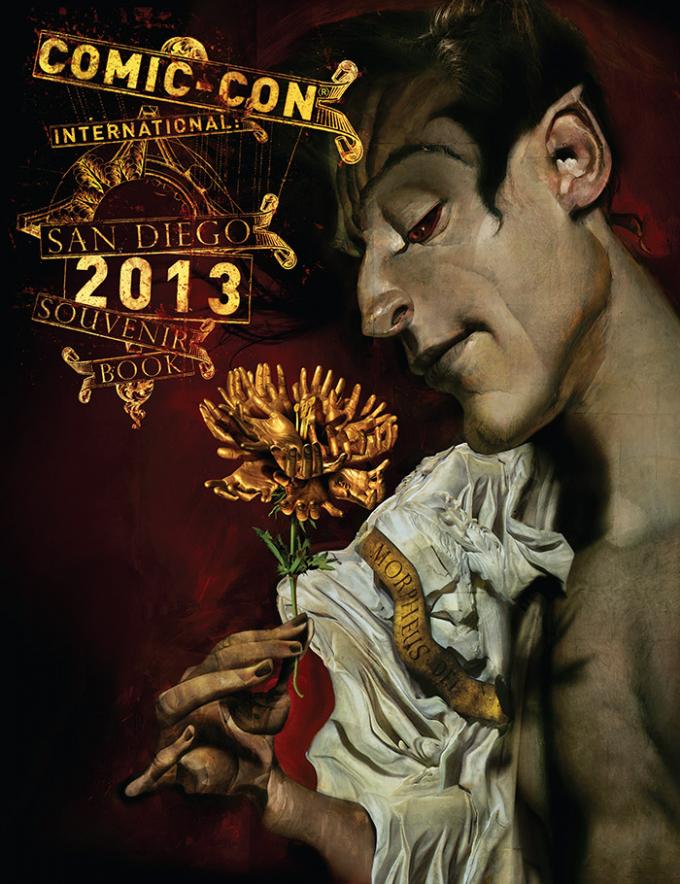 It's official; Comic-Con season is upon us.  I know this because it's time to submit your visual and narrative brilliance for inclusion in the Comic-Con International Souvenir Book.

If you haven't been to SDCC before, this is a paperback full of articles, photos and artwork about special guests and the anniversary celebrations. Every attendee receives one. (Above is the beautiful Dave McKean Morpheus cover from last year's.) You don't have to be a pro to submit your work, so if you have compelling ideas for the below themes, take a shot:

Not quite as many options as last year but still pretty inspiring. No fictional stories, no "adult situations," no commingling characters from different universes, so save your steamy Catwoman-Scarlet Witch fanfic for Smashwords. (Or you can send it to me.) Also make sure you understand the rules in terms of formatting and application because they are legion.

The deadline is 25 April.
Posted by Valerie