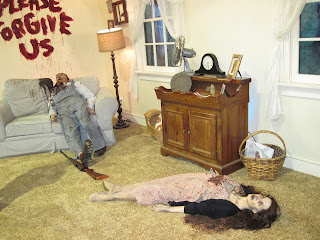 In an anniversary-heavy summer, one of the most high profile will be the 10th anniversary of the Walking Dead - that's the comic book, not the show.

While The Walking Dead Escape is returning to Petco Park, creator Robert Kirkman and his fans will be celebrating with activities inside the Con as well. Many of these will take place at the Future US dedicated booth (no booth # yet, sorry), such as:

No word on whether the booth will feature the annual awesome stage set photo op that spawns one of the longest lines on the floor.
Posted by Valerie