Will the Coronavirus cancel SDCC? 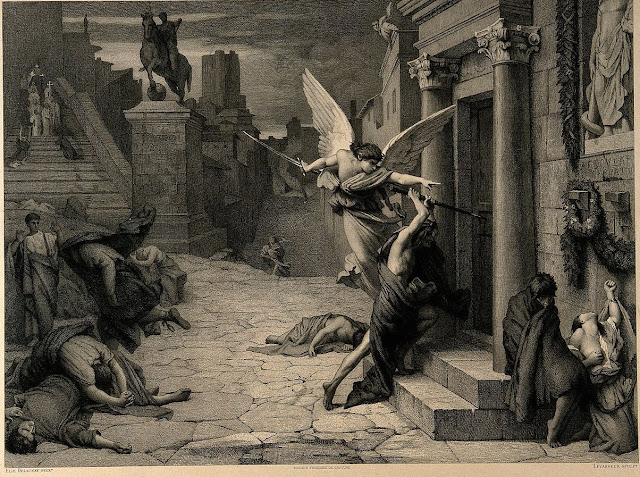 Everyone's asking that. What if SDCC is cancelled? What if our annual orgiastic fandom rites don't take place and life loses all meaning? People keep coming to me with that question like it's some kind of worst case scenario; for them, it obviously is.

But it shouldn't be. Look, San Diego Comic-Con may be cancelled or we may get ahead of the virus and assert enough control that CCI feels comfortable going ahead. But yes or no, I think everyone should be thinking bigger picture right now.

Like the reality that some of our parents and grandparents will probably die; mass layoffs could occur while pensions and 401k funds might shrink like a puddle in the sun; overburdened healthcare systems could shortchange all patients, not just those with COVID-19. And the economic freefall could impact Hollywood, collectibles, your neighborhood comic shop, all the little joys that flow through your nerdy life. We don't know the scale of the changes yet, but some are definitely coming down the pike.

The NBA just suspended their season. Tom Hanks and Rita Wison have the virus. This is just the beginning of the stunning announcements, bad news, sacrifices and losses we're going to endure, even in a best case scenario. I'm not trying to be the Paul Revere of Pestilence here, but it's obvious that many SDCC attendees are not grasping the full magnitude of this pandemic. Maybe it's because I've written about infectious disease and pandemics and all the horrific changes they bring (collapse of raw material prices, geopolitical unrest, food and drug shortages, hindered response to natural disasters) in my non-blogger life, but I've already expelled SDCC 2020 from my mind in terms of concerns. I encourage you to do the same. If Comic-Con happens, that's great but I just don't think it's anything to get upset about now. We've all got bigger emotional and financial concerns.

Here's what I think attendees should do:


I don't mean to trivialize the importance of SDCC in your life. But Fortune 100 companies and top governments are still figuring out their response to COVID-19 right now. I don't think we can expect a definite answer on SDCC. Let's all stay safe, be patient and keep a healthy perspective. We're a resilient community and we'll find ways to stay connected no matter what.


ETA Thursday, 12 March:
CCI has cancelled WonderCon (as most of us expected) and has shuttered the Museum events as well, noting they are following the CA DOH recommendation to avoid gatherings of more than 250 people.

As for SDCC: "We continue to work closely with officials in San Diego and at this time no decision has been made regarding the rescheduling of Comic-Con slated to take place this summer; July 23-26, 2020."

In other words - sit tight. And try to come up with an appealing alternate plan that will work in a post-plague world.
Posted by Valerie