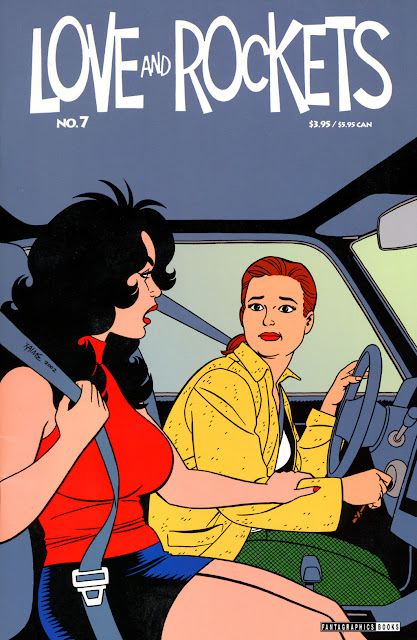 Happy Winter Solstice. If, like any sensible person, you've allocated the snowiest days of your holiday vacation to reading comic books, you may be headed to Emerald City Comicon in March - now just 69 days away. Or maybe you're not, because you have this damaging Con myopia that limits your vision to San Diego and New York.

If you're in the latter category, you should really reconsider. Especially if the following conversation, which I have at least 23 times a year, rings true:

Them: San Diego Comic-Con just isn't about comics anymore. It's all about Hollywood now. They've completely forgotten their comic book fans and I'm so sick of it.

Me: Well, actually, Emerald City Comicon is very focused on comics and has great writers and artists -

Them: Nah, I only want to go to San Diego.


This is such a misguided attitude. So if you can find room in your heart for more than one Con, know that ECCC is widely considered a comic lover's Con - a place where you can buy coveted back issues, discover genuinely creative titles and go to panels featuring interesting talent, instead of just the same established artists and writers who always get trotted out at SDCC or NYCC. There's a reason people from all over the country fly to this Con.

And they've already announced some great people for this year - including one of the brightest stars in comic book heaven, Jaime Hernandez of Love and Rockets glory. It's hard to come up with anyone who can match the Hernandez Brothers in terms of the longevity, depth and complexity of their oeuvre, not just in comics but in all of literature. So obviously Jaime is a compelling reason to hit up ECCC but they also are offering people like James Tynion, Terry Moore, Chris Roberson, Dan Parent, Tim Sale, Chris Claremont, Colleen Coover and more, including guests who have yet to be announced.

The Artists' Alley is stellar and so is the shopping - it goes way beyond San Diego Comic-Con (which I think does still make an effort to balance TV/movies with comics, despite the ongoing public lament), especially in terms of small press and independent offerings. You know how sometimes you restlessly prowl through the SDCC Exhibit Hall aisles, looking for that new title or book or artist to blow your mind - and you realize you're just seeing the same titles you see on the shelf at your Barnes and Noble? That won't happen at ECCC. You'll make discoveries. I guarantee it.

The panels are good too and because you won't spend much (if any) time in line and it's all very centralized, you won't have to sacrifice 4 hours to make 1 panel. 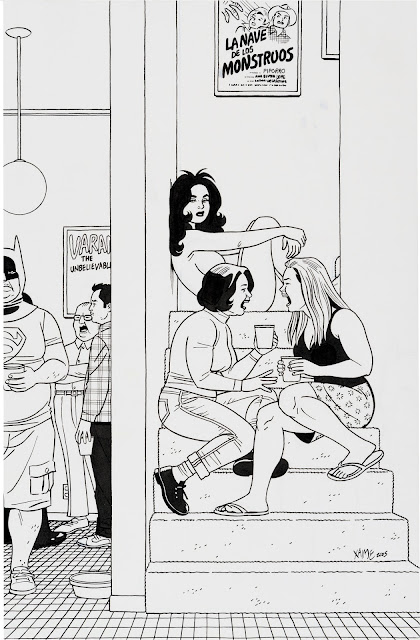 And because I know you're wondering, they bring the Hollywood starpower too. This year gives you Mark Sheppard, Felicia Day, Shannon Purser, various Walking Dead and American Gods stars - all without a Hall H line. And we're also getting Musicalley, which they describe as "Artist Alley for the Seattle nerd music scene." They have the cosplay championship, the Writer's Block, a vigorous gaming area, a family area with workshops for kids, the Schoolism Live workshops for artists and well, you get the idea.

But really ECCC has comics - comics in panels, comics at night events, comics spilling out of boxes and booths, signings and sketches and graphic novels and ancient back issues and whatever else you might want. So if you're wistfully hoping SDCC will one day return to the comic show it used to be (it won't) or just grumbling over your terrible luck in Open Registration - go ahead and get your ECCC tickets. Saturday is sold out but Thursday, Friday and Sunday are still available.

And then you'll be only 69 days away from your next magical Comic Con.