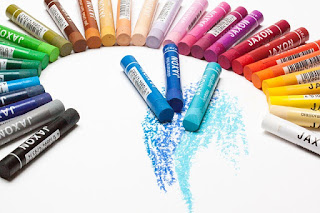 Anyone who goes to Emerald City Comicon knows it's all about the creatives. There's a Writer's Block, panels on storytelling, writing, drawing and making comics, a dazzling Artist's Alley and a general sense of passionate creativity. It's not just about big comic book names and a smattering of celebrities like at some other Cons - ECCC caters to its attendees who are book and art fiends, whether they're fans, creators or both.

So this is some exciting news: ECCC will be holding Schoolism Live workshops. Described as featuring "the most knowledgeable and experienced artists in the industry," these workshops will demonstrate art techniques and Q&As and the chance to meet other artists. You can expect to see a range of skill levels there, so don't fret about whether you belong: sign up even if you're still a little shy about your work.

Here's who's on the docket.

Yes, those are very talented and high-achieving artists. You saw Bobby Chiu's cool art in that Tim Burton version of Alice in Wonderland (and you may have chatted him up at other Cons like SDCC, where he is one of the friendliest vendors around.)  Robert Kondo and Dice Tsutsumi both worked on Monster University and Toy Story 3; Terry Whitlatch and Marcelo Vignali both worked on Star Wars: The Phantom Menace, Mike Yamada's work you've seen in How to Train Your Dragon, Big Hero 6 and other movies. You get the idea. These people are operating at the top of their field.

Each day is $120; you can get access to both for $200. Discounts are available for groups of 5 or more. And you don't need an Emerald City ticket to attend. But if you're committed enough to your art to go to these workshops, why would you miss out on all the great panels, discussions and vendors at ECCC? Just say yes to your bliss and immerse yourself in everything Emerald City has to offer.

When you look at all of the ECCC guests that have already been announced (we'll get another celebrity announcement Monday), it's kind of crazy to think we're still only in early December. I really think Emerald City 2016 is going to be jaw-dropping.
Posted by Valerie