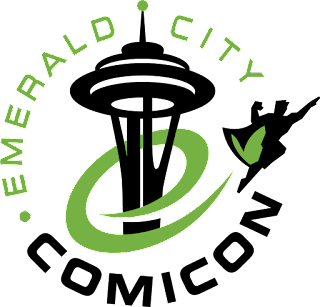 The Emerald City Comicon ticket sale will go live at noon PST / 3 pm EST today. Nothing too complicated here; you'll go to their site and pick your badges of choice and be done with it.

One thing that's different this year: no refunds. Last year you could get a refund up through New Year's Eve; now any ticket you get is yours forever. So factor that into your buying decision if you were counting on the power to change your mind.

As far as selling your ticket, previously ECCC didn't care; with ReedPOP at the helm, that seems to have changed as well. The site states, "ECCC Tickets are Non-Refundable, Non-Transferable, Non-Upgradeable and Non-Resellable." I'm not entirely sure how they'll enforce that, but again, it's something to keep in mind.

Let's talk about timing. I feel I've belabored this over the last few weeks, but I want people to be informed.


In other words, the single day passes stayed available for months for both 2014 and 2015 - but there was a highly accelerated demand last year for full and VIP passes. Given that ReedPOP's purchase of ECCC (which happened this past January, after the 2015 sale) has boosted Emerald City's profile, it wouldn't surprise me if demand spiked for 2016.

I'm frequently accused of inciting panic when I urge people to line up early or pounce on a badge sale, but really I'm just trying to save them from the disappointment of being too late. I'm not a Comicon seer; I don't know how fast ECCC tickets will go today and over the coming weeks. But the trending numbers say that they'll go faster than last year and for that reason, I would suggest you get your ticket very soon - today if you have your heart set on a VIP package. Your hotel too, while you've got your credit card out. Why wait? Just get it done and then you won't have to keep monitoring ECCC's updates and worrying about ticket types selling out.

Talk to you in a few hours when I live-blog the sale.
Posted by Valerie