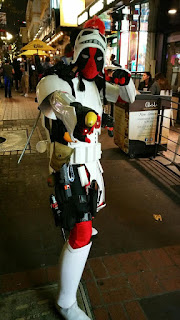 Preview Night has come and gone.  If you went, did it live up to your expectations? Did you see the pilots or work the floor? 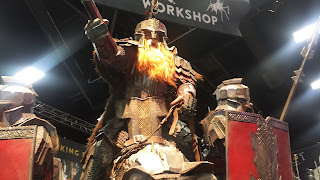 I didn't see anything too different from previous years. A lot of the same vendors, often selling the same product. I mostly skipped the exclusives hullabaloo (except for an instance where I waited in line only to get up to bat and be told they only took cash, which I didn't have.) I saw crazy crowds and wraparound lines for Dark Horse, Hasbro, all the usual suspects. 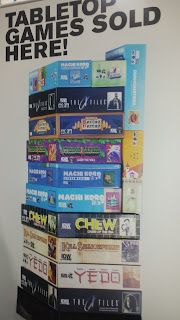 The comics section was lighter, of course. I raided Last Gasp, Bud Plant, Fantagraphics, Boom!, Archie and Drawn & Quarterly like a pirate. Everything else? The crowds seemed fairly even - intense but not quite as bad as last year's Preview Night. I didn't see too many unique new gizmos that will drive attendees into a frenzy. But it's not like I closely examined every booth so I'm sure there are some surprises in store. 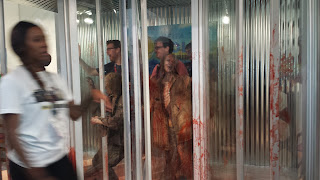 What I did see: a lot of good photo ops. The Walking Dead always brings it in that department and this year they're having attendees reenact the infamous revolving door death scene that killed Noah. Penny Dreadful had a parlor complete with chaise and cast portraits. 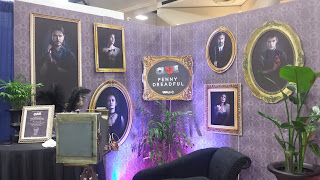 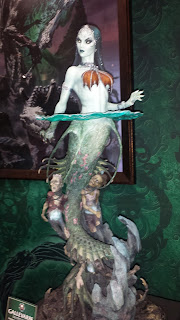 In terms of attendee priorities, I met several first-timers who thought Star Wars/Walking Dead/GOT was on Saturday in Hall H; this seemed to come from an assumption that all the biggest panels will take place on Saturday. Several of them also assumed Preview Night was a "look-but-don't-touch" deal and were surprised they could buy pretty much anything. (I also heard from person after person who'd fared terribly in the hotel sale. This seems to haunt attendees anew now that they've checked into whatever hotels they wound up with.)

As for tomorrow, I met 2 Hall H campers with pillows and sleeping bags; everyone else seemed to still be deciding on panels. Several people were going to do the off-sites tomorrow to avoid the increasing lines each day. But overall I didn't find one common goal amongst attendees.

On that note, I'll close with poor Peter Capaldi, who I practically blinded on Fifth Avenue. For whatever reason, a nuclear-level burst of light shot out of my phone when I took his picture and he staggered back and said, "I've lost my powers!" So if Doctor Who becomes helpless, you know who to blame. 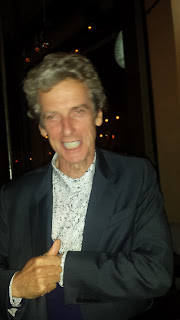 See you tomorrow for the first official day of the Con - and the first taste of SDCC ever for many of you.
Posted by Valerie