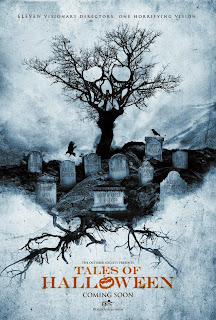 It’s Friday – what will be the most popular, line-crazy day of the Con for many. Let’s see what we have.

Unlike yesterday, when the big room panels were diverse enough that people will probably move in and out all day, we’re looking at long-term campouts here. People will stake their claim outside through day and night hours, then find a seat and cling to it until the staff force them out late Friday night.


Onto those other panels.


Nickelodeon and Dark Horse Comics: Avatar: The Last Airbender and The Legend of Korra kicks off in 25ABC at 10.


Nobility: These Aren't the Heroes You're Looking For -  dubbed "Firely meets The Office" – will be at 10:30 in the library.


In case you missed it Preview Night: Lucifer Pilot Screening and Q&A is at 11:30 in 6BCF.


Space Command: A Hopeful Future will be at 11:30 at the library, followed by Star Trek: Renegades at 12:30 and then Star Trek Axanar: From Conception To Feature Film.

Nickelodeon's Teenage Mutant Ninja Turtles will be at 11:45 in 6A.


Teen Titans Go! Video Presentation and Q&A will include a new episode. 1 in 6A.


I know a lot of us were hoping for this: Tales of Halloween: A First Look at the Ultimate Halloween Event. “The making and collaborative process of the most ambitious horror anthology to date.” Will include the trailer debut. 1:30 in the Horton Grand.


Colony won’t bring a pilot but you will see an exclusive trailer and clips. With Carlton Cuse, Josh Holloway and Sarah Wayne Callies. 4:30 in 6BCF.


More Greatest Movies Never Made: The Sequel. Includes Philip Kaufman's Star Trek: Planet of Titans, David Lynch's Ronnie Rocket and One Saliva Bubble and Alejandro Jodorowsky's adaptation of Frank Herbert's Dune. 7AB at 5. This is the kind of obscure-but-cultish panel SDCC does so well.


Cosmos: A Spacetime Odyssey is back. Bring your most probing cosmic questions to Neil DeGrasse Tyson in 6DE at 5:30.


Orphan Black is at 5:45 in 6BCF. Remember that a lot of people in Hall H today will pounce on the Nerd HQ panel since they’re missing this one. So if you can catch this one, do it.


Starz: Ash vs. Evil Dead. Remember when this first got announced at Comic-Con? 6 in 6A.


The Visit is the “upcoming thriller” from M. Night Shyamalan and Jason Blum. Horton Grand at 6.


Behind the Music: SyFy Thrills and Chills presents “what it takes to create music for post-apocalyptic worlds, zombie, attacks and other out-of-this-world situations.”  10 in 23ABC.


The Black Panel will tackle “the lack of unity among many in the Black pop culture space and opens the floor for ideas on how we can change that.” 10:00am - Room 5AB


Science Fiction and Sex addresses “the importance of gender in science fiction, how science fiction novels open our minds to nontraditional ideas, and just what the difference is between gender and sex.” 11:30 24ABC


Mattel Collector: MattyPalooza! “Tons of reveals and surprises are in store.” Noon in 25ABC.


Star Wars Goes Steampunk is at noon in 14A.


Star Wars:Collectibles Update with Lucasfilm's Anita Castellar is at 1 in 7AB.


The Science Behind H. P. Lovecraft's Epic Tale 'At the Mountain of Madness' is at 2 pm in 23ABC.


Bizarre States offers a “chat show of the macabre.”  3:00 at the Horton Grand


Rise of Aqua(wo)man will discuss “how divers are living undersea for extended periods, how science is extending the abilities of humans, and what tips and techniques can make us all a bit more like Aquaman.” No Jason Momoa, though. 7AB at 3.


Pixies, Lovecraft, Poe, and Steampunk: An Unlikely Animation Slate. “Get free comics, free plush toys, and free shirts. Cthulhu plush toys and more will be given away to those with questions.” 5:00 in 23ABC.


One of my favorite panels is back: Science Fiction That Will Change Your Life.  Annalee Newitz. Charlie Jane Anders, Ernie Cline, Jane Espenson, Javier Grillo-Marxuach. 25ABC at 5.


Marvel Heroes 2015: More Amazing, Incredible, and Invincible Than Ever! Is at 25ABC at 6.


The Future of Mexican Animation in the US is in 29AB at 6.

Comics is just as strong today as Thursday.


Image Comics: Where Creators Own Process is in 23ABC at 11.


Something Old, Something New! (or, The Revenge of Classic Comic Collections Panel) is also at 11 in 32AB. So is The Official Aspen Comics Panel 2015, in room 9.


Vive la revolucion: CBLDF will talk Banned Comics in 30DC at Noon – specifically how “CBLDF springs to action in these cases, providing expert support for the librarians and individuals who fight back when calls to censorship arise.” Then at 1 they’ll talk about Using Graphic Novels as Tools of Tolerance.


Hermes Press: A Celebration of Women Artists in Comics During WWII will be in room 9 at Noon.


GRAPHIX: The Beginning, Present, and Beyond offers quite a lineup, with Jeff Smith, Raina Telgemeier, Craig Thompson discussing the evolution of children's graphic novels and upcoming projects. Noon at 12:30.


Push Stories Forward: Rise of the Independents is also at 12:30 in 5AB. “The brightest minds in independent comics publishing.”


Twisted Roots of the Comics Industry will tell “the stories of the gangsters, bootleggers, and eccentric geniuses who founded the comic book business.” Room 8 in 12:30.


Archie Forever wants to give you a gift bag ticket. Their gift bag last year was pretty insane, FYI. Room 4 at 1.


Hopey, Julio, Skim, Oafs, and Beyond: the Hernandez brothers and others offer a discussion of the history of queer character visibility in alt and indie comics. 1 in 28DE.


Secret Origins: How the Industry's Best and Brightest Began will be in 2:30 in room 8.


IDW: The Best Panel in Recorded History warns you that IDW executives will “lay waste to a room of shocked comic fans.” What's with all the vaguely menacing descriptions this year? 4:00 in room 4.


Onto Creative panels. Thursday was good, but Friday is too.


Comic-Con How-To: Drawing with Ed McGuinness is at 10 in room 2.


Writing for TV: From First Draft to Getting Staffed. Bring your questions at 10:30 to 24ABC.


Get Your Comic Published in Japan: Silent Manga Audition. “Manga artists from any nation can submit their work to a contest run by a major Japanese publisher.” 1:30 at 5Ab


Comic-Con How-To: Color Copic Markers with Allison Sohn will be in room 2 at 1:30.


Painting and Drawing Workshop with Jeffrey Watts and Erik Gist will also be at 2 in 30CDE.


Another breaking in panel. Breaking into Comics and Staying In will be at 3 in 30CDE.


Creating Multiplayer Worlds: Storytelling in MMOs and MOBAs will be at 3 in 29AB.


Creating Comics with the iPad will be in 30CDE at 4.


The Writer's Journey: Breaking into Comics and Hollywood Scriptwriting will be in room 32AB at 6.


Creative Communities and the Scenius of Comics will be at 6:30 in room 8.


Insights for Independent Creators is at 7 in 32AB.

Then we have a ton of night activities. Good ones. Like…

Going Back in Time: A Discussion and Q&A with the Filmmakers Behind the Back to the Future Feature Documentary. 6:30 in 24ABC.


Firefly Online: Return of the Browncoats will offer “an exclusive reveal of the game's first 10 minutes” 6:45 in 6DE.


Kung Fury: The Best Movie of All Time. 6BCF. 7. Is this where David Hasselhoff will serenade attendees like he promised? I don’t know.


Project Orangutan: A Comic with a Cause. Save our primate cousins. Room 4 at 7:00/

Starship Smackdown: The Geekspert's Court 007: Bond vs. Bond will be at 7 in 7AB.


The Gay Agenda in Horror: Terrifying Subtext. 7 pm in 28DE


Ooo, spicy: What the Big Two Don't Want You to Know. "This panel will pull the Band-Aid off the biggest controversies in comics publishing right now, especially relating to Marvel and DC Comics, and including essential SDCC revelations.” 7:00 in 25ABC. I’m guessing the description bark will be worse than the panel bite in this case, but I’ll keep an ear peeled for anything juicy.


"World Premiere of Justice League: Gods & Monsters." Another top panel. 7:00 in Ballroom 20. Encores at 9 if you want to catch a nap or dinner first.


Yoga Hosers, AKA Kevin Smith, at 7:15 in Hall H. Despite what I said above, I think a lot of the all-dayers will be ready to fold by this point and crawl out of Hall H to eat and collapse. So don’t write this off as inaccessible.

Be a Financial Superhero Even If You Aren't Tony Stark or Bruce Wayne. “An entertaining and educational panel on superhero financial planning for artists, writers, industry professionals, and all others interested. The discussion will be followed by a Q&A of industry panel guests who will talk about financial challenges and successes in their fields.” 8 in room 4. This is the kind of panel that proves SDCC isn’t just entertainment and fluff. Solid, practical guidance is handed out here – at times.


Cartoon Network's Clarence and Friends Pajama Party. 7Ab at 8. Pajamas being literal in this case.

Over 30 Cosplay: Cosplay for Every Age is at 8 in 14A. Is over 30 considered old for cosplay? I feel like most cosplayers I see around the halls look fairly seasoned. Maybe it’s the heavy makeup.


The Aquabats Super Show! What Happens Next?! will be at 8 in 29AB.


Welcome to Night Vale: The Novel will be out just in time for Halloween. 8:00 in room 9.


The Christian Comic Arts Society Mixer will be at 8:30 in 26AB.


Surviving Conventions as an Indie Creator is in room 8 at 8:30.


Nerdist Science. It’s official: “Nerdist” is the most frequently appearing word at SDCC. This time you get “an inside look at some of the ways scientists have worked with filmmakers on your favorite Marvel movies, including Avengers: Age of Ultron, Thor, and more.” 9:00 in 23ABC


So how does everyone feel about Friday? Again, pretty diverse, but probably more of a Hollywood day for attendees. Don't assume the popularity of the big rooms will keep attendees tied up; unlike other days where you can count on both the current panel attendance and the line outside, there may not be as long a line midday since many attendees will understand the hopelessness. It depends on the staff's line management policies, and the optimism/delusion ratio amongst attendees.

And apparently it's just a matter of time before Nerdist has its own Con.