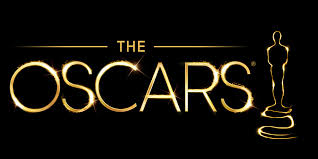 In the category of "weird comparisons that don't really make sense," someone at TechCrunch noticed that Comic-Con is popular and concluded that therefore the Oscars were meaningless. The tenuous connection here: Open Registration happened on the same weekend as the Academy Awards. Maybe in a few weeks we'll have someone drawing conclusions about the housing market based on Hotel Day.

Because I'm a high priestess of hyperbole, I always have a soft spot for articles that say things like "that's the kind of demand that builds empires." Or refers to Open Reg (not the Con itself) as "the most important entertainment event of the year." But this article concludes that Open Reg selling out in an hour while the Oscar ratings slipped 18% means SDCC "is the industry event that reigns supreme" in Hollywood.

First of all, I feel obligated to say that all of the headlines trumpeting SDCC sold out in an hour! are making a false point, unless they're praising the current system's infrastructure. It's not like the speed of the sale points to a higher demand - an overwhelming number of attendees have been there all along, pouring into each sale at zero hour. If the system could process us in time, the sale would be over with in under a minute. You'd think an article on TechCrunch would be cognizant of that but it continues the theme of faster sales equaling rising demand.

And so it postulates that the Oscars' falling popularity means it's old and stale and of temporary influence while SDCC is vibrant and young with lasting impact. While it's true that Comic-Con hypes movies that are to come, as opposed to awarding movies that already happened, I'm not sure Hall H is the magical king-maker this article thinks; only 6-7K attendees see those panels and plenty of the movies end up flopping.

Nevertheless SDCC gets crowned "the most relevant platform from which to reach and influence the younger demographic pouring the majority of the money into the box office right now." Which, okay, compared to the Oscars, sure. I didn't watch the Oscars, so case in point. But is Comic-Con as influential as this article seems to think?

According to Forbes, no. "The notion that Comic Con is an important marketing tool in-and-of-itself is somewhat of a falsehood, as the success or failure of the various films will depend on the audiences who are made aware of and become interested in said films through more traditional advertising methods." This backs up the various blowback that started happening around 2012, when studios realized the ROI on SDCC marketing just wasn't what it was cracked up to be.

Let me be clear. I don't want the Hollywood aspect to necessarily be dialed back. But I also don't want inflamed ideas of Comic-Con influence to start circulating - because that's just going to bring even more non-geek shows and movies pushing their way into the scheduling, while convincing new attendees that SDCC is some kind of giant movie star mingle.

And if studios really want to boost their Comic-Con marketing? They should bring us more free t-shirts and good swag. All of that has really dried up in recent years.