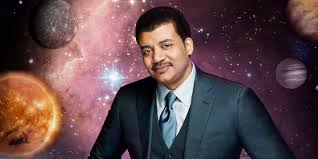 Put this on your San Diego Comic-Con wish list: Neil deGrasse Tyson. He just got his own weekly late night science show called Star Talk, based on his popular podcast. It will feature scientists, celebrities and comedians and will tape in front of a live audience. And Bill Nye will have a 60 second rant in each episode. The show launches in April.

Science + live audience + TV + celebrities = a Comic-Con taping to my way of thinking. If National Geographic has any smarts, they should make this happen. Where else would you get such a fun live audience?