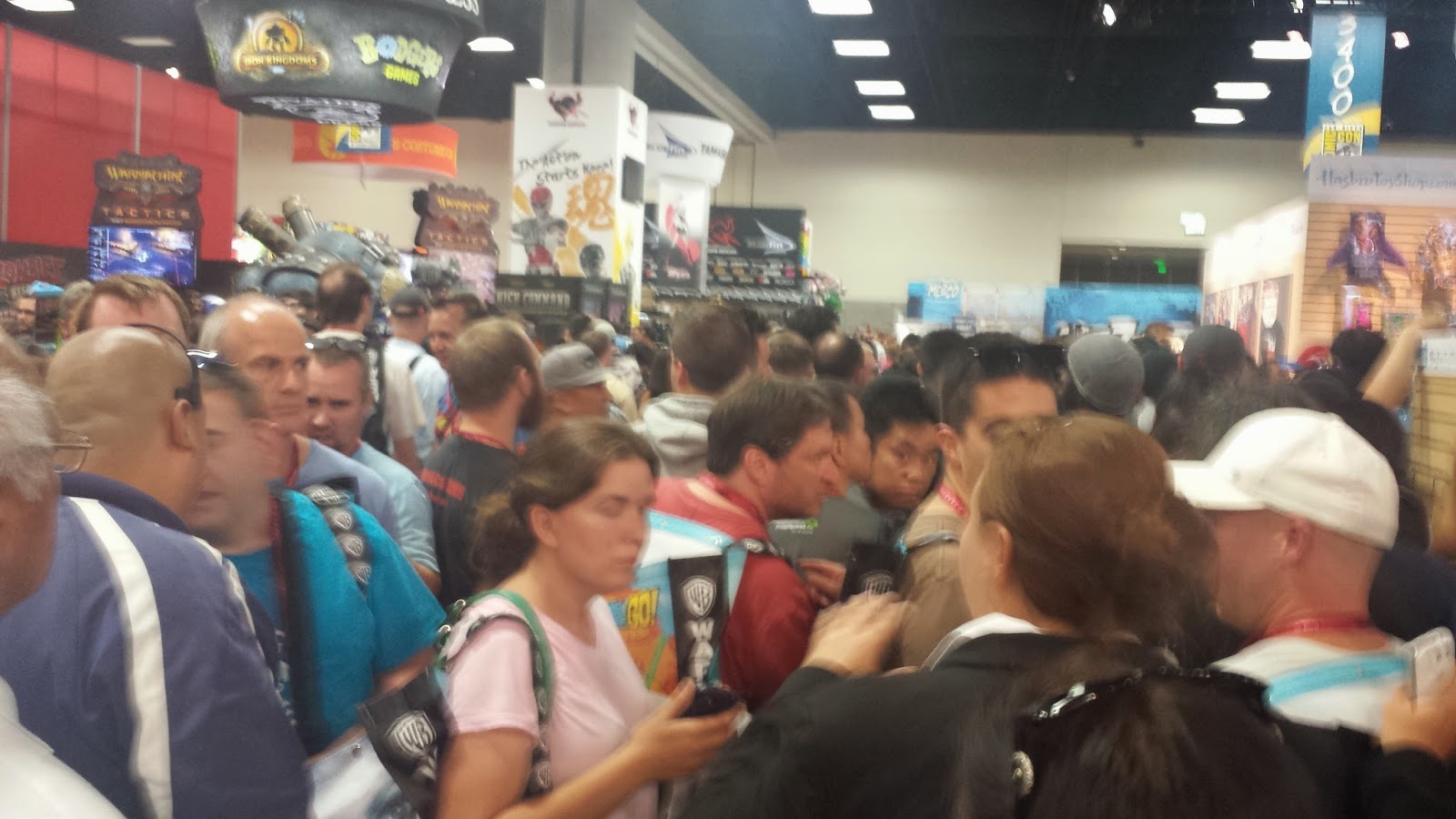 For most attendees, the Exhibit Hall is a huge part of Comic-Con. I actually remember when it only took up part of the floor (which seems incredible now, but it was just a few years back) and while the booths have changed somewhat, the general experience has stayed mostly consistent. Here's what I've noticed this year.

For a few years, it seemed that many of the smaller vendors were vanishing.  Booths that sold random products, long-lost childhood artifacts and bizarre gimmick merchandise just didn't return. But I haven't seen much attrition the last 3 years and many of the small vendors seem on solid footing.

That said, there's still a reduction in indie artists and writers. I do see more variety in books on display tables, which I appreciate deeply. But the days of seeing your favorite obscure creator seem mostly done. I come here mainly as a passionate reader, and I still find plenty of new titles to buy - but I rarely have that feeling of discovering something rare and weird here I won't find on Amazon.

The A section is a gaming explosion. It's a good option for people who aren't hardcore enough for Gam3rCon, but still want hands-on play for upcoming releases.

Photo ops are better than ever. The Bates Motel, the Walking Dead/Terminus, the T Rex head, the White Walker - you can find something to make every single one of your friends jealous. Some of the activities, like the Adult Swim game of luck or the multiple virtual reality stops, cause bottlenecks but such is SDCC. 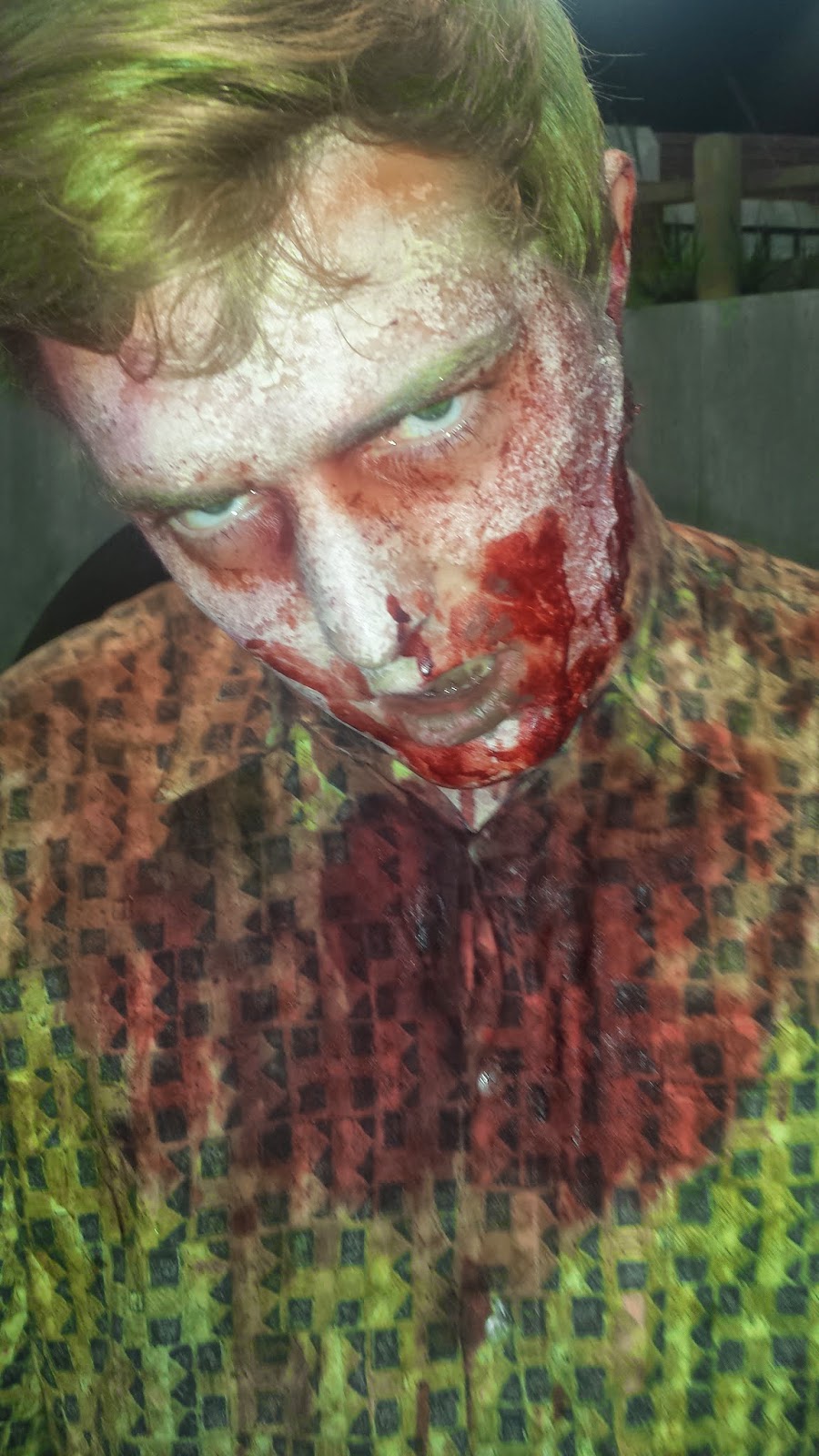 Now. On the topic of etiquette, a few things.

* It's crowded and we all eventually get pushed, stepped on or bopped in the eye by a foam sword. Be gracious about it.  No one is trying to deliberately annoy you.

* Yes, it's slow. I'm a fast walker and getting trapped behind people who are just sort of ambling aimlessly makes me crazy. Strollers, giant bags and wheelchairs also take up room. But snorting angrily or complaining doesn't magically make the crowd part and let you by. I heard several people go on a tirade about the crowds and slowness - I'm not sure what they expected, but this is how Comic-Con is. It's not clean and easy and convenient. It's a sweltering frustrating snarl of an obstacle course, and you have to really love it here to put up with it.

* Don't take 10 minutes to frame your shot.  Snap 2-3 pictures and move on. And don't get mad when you're trying to pan the Exhibit Hall while shooting your personal documentary and then a Wookie walks in front of your phone and ruins it. Not a sound stage, the Exhibit Hall.

* Don't stop in the middle of an aisle to hash out where to have lunch with your friends. Go out in the halls for that kind of powwow. Some of the smaller aisles are downright claustrophobic, yet twice today I saw groups of people block them completely just to have a conversation.

* Don't harass cosplayers. Yes, this topic has been beaten to death but apparently it needs to be said again. Today I heard a guy explain his reformation: "I really didn't get it, but then So&So pointed out that those girls work really hard on their costumes. So it's not cool to say shit to them and you know, he's right." That is an actual quote, generated by someone who doesn't understand that it's "not cool" to harass anyone, regardless of what they're wearing or whether they sewed it by hand or bought it off Ebay.

* Don't be mean to booth workers or security guards just because they can't give you the answer you want. I know it's hard to swallow your gall sometimes but unloading on an innocent person is not The Way.

* Practice situational awareness when it comes to people behind you and around you. If someone is waiting to pay or ask a question, or take a picture, don't stand there flirting with the vendor for 10 minutes. If you're super tall, don't step right in front of a shorter person trying to take a picture of the Walking Dead zombies. I know we all do these things on accident, but that is why it helps to stay aware of the attendees around us.


Okay, I'm done lecturing.  I just felt it necessary to say that because I've seen so many loud and crabby people in the Exhibit Hall today, all feeling persecuted by what is the essential Comic-Con experience. Sorry, everyone, this is just how it is. If you really can't deal, come back shortly before closing time when the aisles thin out.
Posted by Valerie