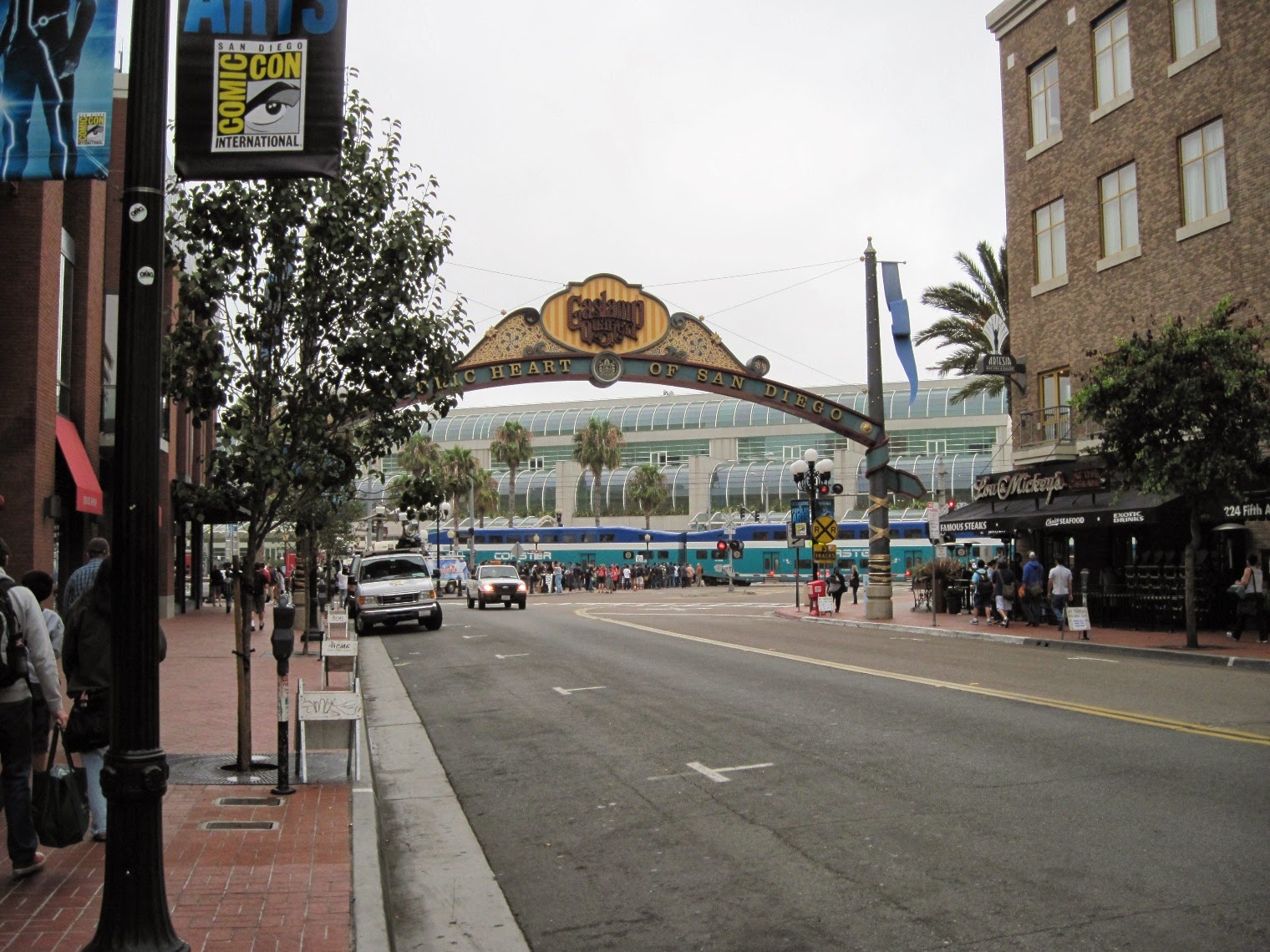 Hotel Day isn't until 8 April, and we don't know exactly how the process will go - if CCI will carry their randomization mania into this endeavor too, or if it'll go like last year. Either way, it's safe to assume there will be an element of choice in there somewhere. Which makes this an ideal time to start contemplating your desired hotels.

You can do this by looking at last year's list. First-timers, you will want to really study this, especially if you've never been to San Diego before.

First off, this is how it went last year. You logged in, listed your top six choices and hit submit. Supposedly everything was time-stamped, and rooms were assigned first come, first serve. You got your assignment a few days later and that was that - that was your room. You could go back into the system a few weeks later and see what was available and try to switch it up, but obviously there were no suites at the Hard Rock just hanging out there for anyone who wanted them.

That's why Hotel Day is such a source of anguish for people - because landing at a hotel you hate can put a cloud on your Comic-Con experience. That said, it doesn't have to. Below are some advantages and disadvantages to consider when picking your top choices.

Downtown/top-tier: Yes, everyone wants to stay downtown, preferably as close as physically possible to the convention center. The reasons are obvious. However, bear in mind that the closest hotels like the Hilton Bayfront or Marriott Marquis are the most expensive and the most in demand - not just by your fellow attendees, but by visiting professionals and celebrities. If you only list these as your choices, you've increased your chances of getting placed by the airport.

Downtown/Gaslamp: This is a good halfway point, where you're close to the convention center (walking or shuttle) and right in the middle of the action. These hotels can be even better than the Hilton Bayfront or Marriott Marquis, given how much time you'll likely spend going to bars and restaurants and parties in the Gaslamp. Screenings, promotional attractions, meet-ups and other events occur all over the Gaslamp and you may see and do more if you're staying right there. Choices like Best Western or Embassy Suites can be wallet-friendly while still keeping you in the thick of it.

Mission Valley: Usually the only people who head here by choice are the budget-conscious. But saving money isn't the only good thing about staying on Hotel Circle. It actually can be very restful to leave behind the Con each night. Often staying downtown leads to a lot of aimless wandering in which nothing much of significance happens, yet significant money is spent, and you eventually return to your room tired, broke and unfulfilled. Staying away from the Con forces you to make solid plans and spend your time more wisely.


So what rooms should you pick? I'd select a mix of locations, just so you have some statistical influence in the process. But mostly, remember that you will not be spending much time at your hotel. It's a bed to collapse on. That's it. They all have shuttles, and a shuttle ride is nothing more than a chance to get off your feet for a few minutes. Be strategic now and stoic later if you have to - because no matter what, you got a badge for San Diego Comic-Con. You already won the lottery.